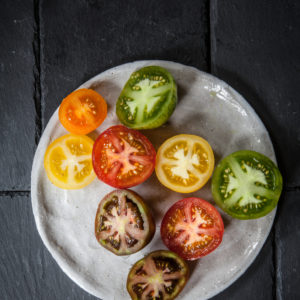 When I first floated the idea of writing a book about tomatoes my editor was unmoved. A tomato,

she said, is a tomato. They aren’t like potatoes, she went on. Is there really a book in it? Then, one

day, after her usual outing with the Dummer Beagles, the beaglers were entertained for tea at the

Gloucestershire farm of one Robert Wharton. It was a wonderful spread, she told me, but little had

she realized that she had been about to receive tomato enlightenment. The tomato sandwich she

inadvertently picked out was so extraordinarily good that she couldn’t wait to tell me about it.

Intrigued, I wrote to Mr Wharton explaining that I was writing a book about tomatoes and asked

if he would share his recipe with me. The surprising upshot was an invitation to lunch at Vong in

Knightsbridge. Waiting for me on the bar was a pile of pretty regular-looking sandwiches: thin slices

of white bread, crusts removed and a hint of red in the middle. Mr Wharton and his nephew Oliver,

who was Vong’s general manager, watched as I bit into a sandwich. It was the texture that struck

me first. The tomatoes were neither sliced nor diced but the flavour was the very essence of

tomato. Extraordinarily, the bread had no hint of sogginess and the mixture didn’t squelch out of

the buttered slices as I bit. This, I had to agree, was tomato-sandwich perfection.

It turns out that Mr Wharton’s brother, Oliver’s father, is a New York restaurateur and Oliver a

trained chef, so with food in the blood, as it were, it is no surprise that Robert Wharton had

decided to perfect the tomato sandwich. ‘I wanted to make something that would spread nicely

and wouldn’t slip off the bread. A tomato sandwich that wouldn’t make the bread soggy.’ There

was no actual recipe, he said, he did it by eye and, of course, taste. It is difficult to be precise because

the quality of the tomato is paramount and the extra seasonings – red wine vinegar, tomato

ketchup, sugar, Worcestershire sauce, Tabasco – are a matter of taste. Here, then, is a guideline

recipe based on my experimentation. The secret ingredient? Gelatine.

a pinch of sugar 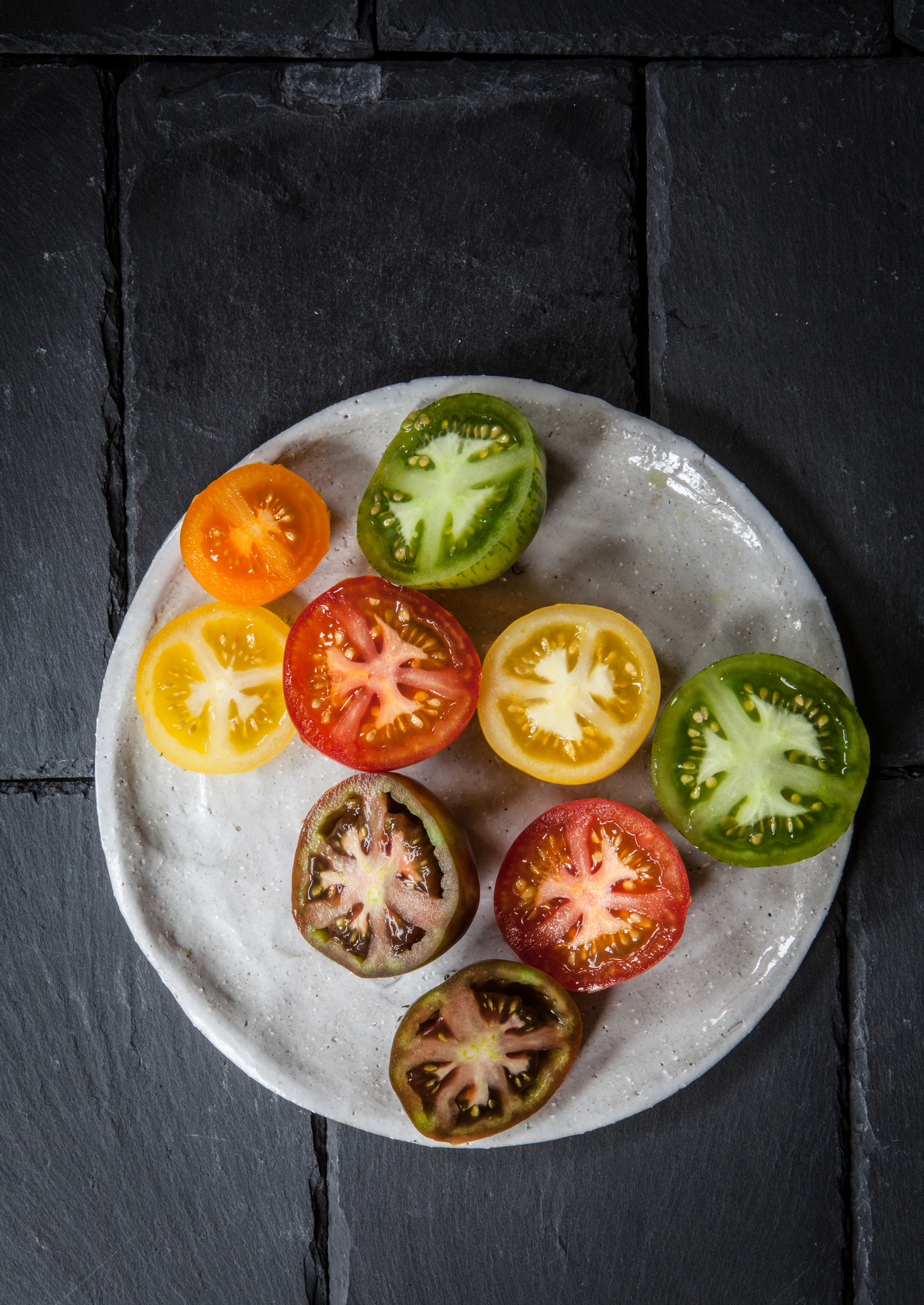 Cut the tomatoes into quar ters. Place a sieve over a bowl.

as possible. You should end up with about 50 ml of tomato

Whisk in the olive oil. If using the leaf gelatine, stir it into the

vinaigrette and leave for 5 minutes before stirring vigorously

until it dissolves completely. If using the granules, stir them into

Chop the tomato (you should end up with about 145 g)

very finely, or press it through a large-holed sieve. Stir the

tomato into the gelled vinaigrette. Taste and adjust the seasoning,

spooned over hard-boiled eggs, or stirred into hot pasta that has been moistened with a little cream and chives.

This and other recipes celebrating the tomato can be found in: 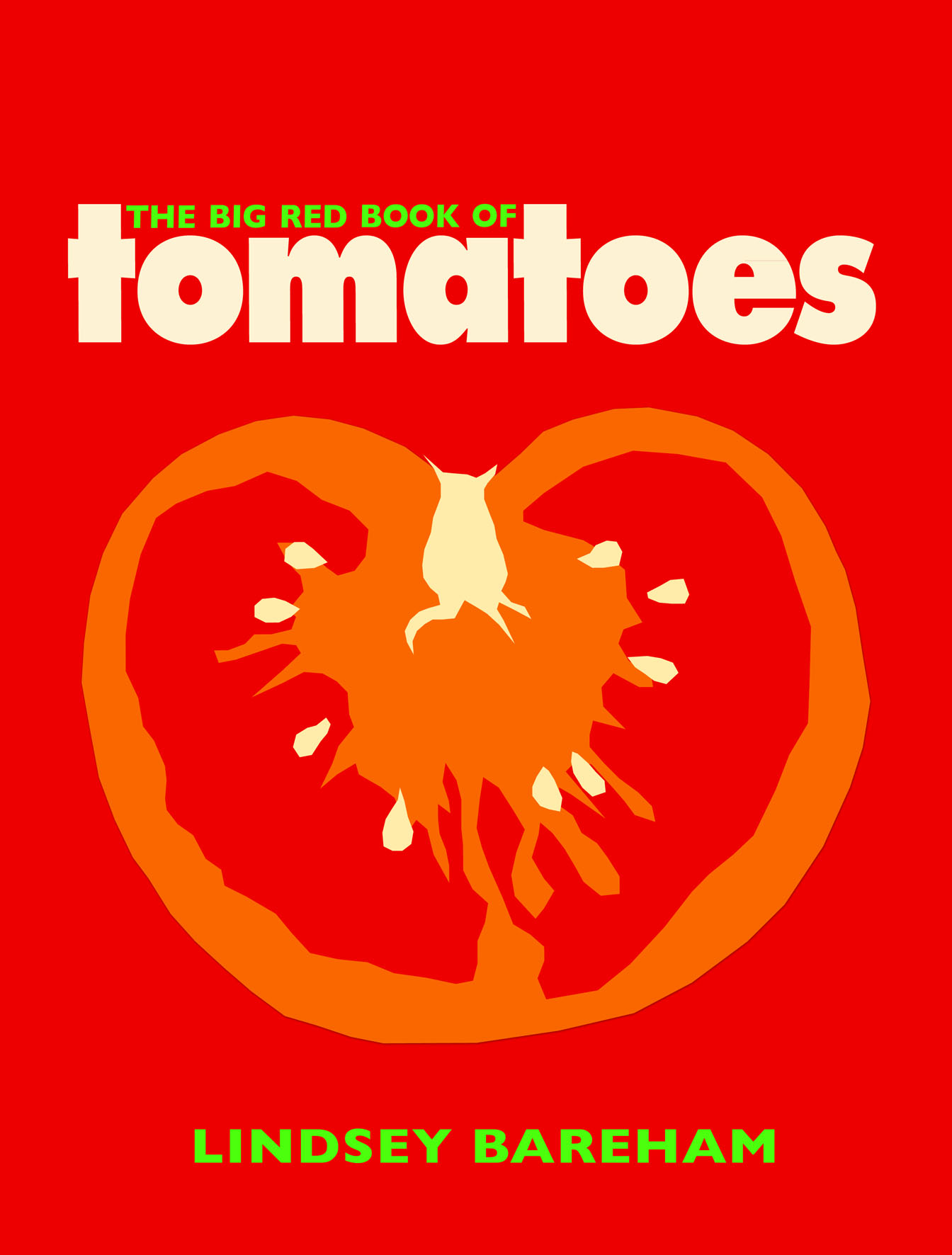