And Other Non-pilot Aircrew in the RFC, RNAS and RAF

First published in 2001 to universal acclaim Observers and Navigators is an absolute essential reference guide for all those interested in military aviation. Now in 2014, C.G. Jefford has brought years of continued research into a new updated and expanded edition. This book begins with a detailed examination of the previously little understood observers, aerial gunners/gunlayers and kite balloon observers who flew with the RFC, RNAS and latterly the RAF between 1914 and 1919. It goes on to examine the proliferation of non-pilot aircrew categories until 1942 when the observer was supplanted by the air bomber and a variety of specialised types of navigator.

Having provided an overview of wartime aircrew training, the story continues with a consideration of the ill-conceived ‘1946 Aircrew Scheme’ which had to be abandoned in 1950 in favour of an all-officer policy for pilots and navigators. The author examines the way in which this egalitarian policy has actually been implemented while continuing to trace the rises and falls in the fortunes of all non-pilot aircrew categories and the evolution of post-war aircrew training until the last navigators graduated in 2011. He concludes by posing several questions to which he suggests some answers 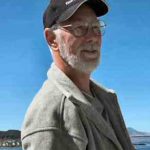 ‘Jeff’ Jefford joined the RAF in 1959.  His flying experience included tours on Canberras with No 45 Squadron in Singapore, on Vulcans with Nos 83 and 50 Sqns and as an air navigation instructor with No 6 FTS.  His ground tours included administrative …

Be the first to review “Observers and Navigators” Click here to cancel reply.