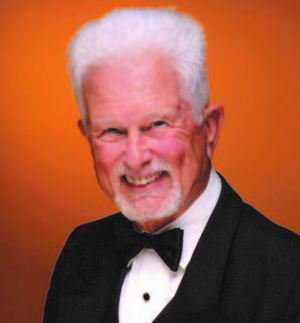 RG Head is a graduate of the US Air Force Academy and was one of the first fighter pilots in Vietnam. He flew 325 combat missions in the A-1 Skyraider, earned the Silver Star, Distinguished Flying Cross and thirteen Air Medals. Earning a PhD in political science, he taught cadets at the Academy, had a second tour in South East Asia and commanded the 90th Tactical Fighter Squadron in the Philippines. His is a distinguished graduate of Pilot Training, ‘Top Gun’ in Advanced Fighter Training, the National War College and top graduate of the Maxwell School at Syracuse University

He was a Military Fellow at the Council on Foreign Relations in New York City where he published a book, Crisis Resolution. He served in the Office of the Secretary of Defense as the Military Assistant to the Under Secretary for Policy and in the Joint Staff as the Special Assistant to the Director for JCS Matters. When promoted to Brigadier General he served in Italy as Deputy Commander of 5 ATAF and the Air Staff.

RG lives in Coronado, CA, with his wife, Carole, and has four children and five grandchildren. He also races sailboats and builds historic models for the San Diego Air & Space Museum.