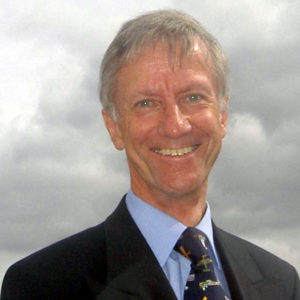 Steve Bond is a life-long aviation enthusiast and historian, who has also been fortunate enough to spend most of his working life in the industry.  He served in the Royal Air Force for 22 years as an aircraft Propulsion Technician, with tours on the Harrier, VC10, Chipmunk, Bulldog, Hawk and Tornado fleets, concluding his Service career as a member of the Eurofighter development team in the Ministry of Defence.   He also put together the team that restored the Saunders-Roe SR53 aircraft now on show at the RAF Museum Cosford.

Steve then moved into the civilian aerospace industry, spending six years with TRW Aeronautical Systems as Integrated Logistic Support Manager, looking after a variety of aircraft system programmes, including the Global Express, EH101 Merlin, Saab Gripen, AV-8B and most of the Airbus product range.

He joined City University as a Senior Lecturer in January 2001, and was Programme Director for the BEng/MEng Air Transport Engineering and MSc Air Safety Management degree programmes, the latter being developed by him.  He also ran an extensive research programme into aircraft system safety.

Now a freelance lecturer in both current aviation safety management and historical subjects, Steve’s main aviation interests centre on military aviation from the Second World War onwards; he is the author of many aviation books and magazine articles.  He is a Chartered Engineer and a Fellow of the Royal Aeronautical Society.

In 2021, Dr Bond was elected as a Freeman of the Honourable Company of Air Pilots – despite not being a pilot. He has qualified as “a person who, in the opinion of Court, has rendered outstanding service to the profession…”