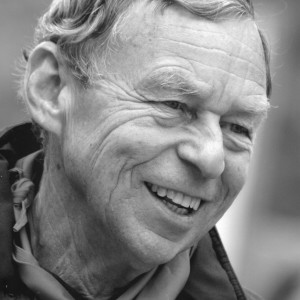 Richard Pike graduated from the Royal Air Force College, Cranwell in 1964. As part of his fighter pilot training he flew the Folland Gnat at RAF Valley followed by six months at RAF Chivenor where he flew the Hawker Hunter. The syllabus at Chivenor included training in air combat manoeuvres, intercept geometry and air-to-air gunnery skills.  From Chivenor he was posted to the English Electric Lightning force where, after six months at the operational conversion unit at RAF Coltishall, he was posted to 56(F) Squadron at RAF Wattisham.  After a year with 56 Squadron he moved to 29(F) Squadron, also at Wattisham, before a posting to 19(F) Squadron at RAF Gutersloh in Germany where he was the squadron instrument rating examiner.  After five years of operational flying on Lightnings he was posted to 11 Group RAF Bentley Priory for a ground tour before converting to the McDonnell Douglas F-4 Phantom followed by a tour with 43(F) Squadron at RAF Leuchars.  During his time with 43 Squadron he qualified as a Phantom instrument rating examiner.  After this, he trained at the Central Flying School at RAF Little Rissington before a tour as a qualified flying instructor on the Folland Gnat at RAF Valley.  Following medical re-categorisation which precluded further fast-jet flying he trained onto helicopters at RAF Shawbury before a posting to 18 Squadron at RAF Gutersloh where he flew the Westland Wessex.  On this tour he experienced some of the most diverse and exciting flying of his forty years as a pilot.  He retired from the Royal Air Force in 1981 and moved to Aberdeenshire where, as a member of Bristow Helicopters Ltd, he flew the Sikorsky S-61 helicopter for eighteen years in support of the North Sea oil industry as well as in the search and rescue role.  His duties took him to a wide variety of destinations at home and overseas, including the Falkland Islands not long after the Falklands War.  His last assignment was in Kosovo helping to distribute emergency humanitarian aid on behalf of the United Nations World Food Programme.  He retired from flying in 1999 since when he has written ten books.