Originally intended as a trainer, the Anglo-French Sepecat jet, equipped with the very latest in weapon-aiming and navigational equipment, eventually became the backbone of the RAF’s tactical strike-attack and recce forces for a decade from the mid-1970s. In these pages, the Jaguar Boys – pilots, engineer and ground crew – tell of the aircraft’s drawbacks and joys, their sadness at losses, and their pleasure at its development into a readily-deployable and outstandingly-capable fighter-bomber for the post-Cold War era. Then came the Gulf War which signalled the start of a hectic sequence of operational adventures and upgrades for the ‘Boys’ and seasoned veterans tell of action over Iraq and in the Balkans. One of the best-loved of RAF types, the Jaguar commanded a fierce loyalty and affection which shines through in these accounts of an aircraft that will live forever in the memory. 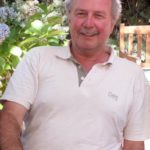 Ian Hall spent thirty-two years as an RAF pilot, retiring as a group captain. He then flew turbo-props for a regional airline for a further twelve years. Married with three grown-up children, he lives in Norfolk.